We can now confirm that the rumors about the upcoming flagship Radeon RX 6950XT featuring a ‘new’ color of the reference cooling solution. This model will indeed borrow the RX 6800XT Midnight Black Edition design (from what we can tell, it’s identical). What the first rumors did not mention though is the fact that all RX 6X50XT models are black.

A picture featuring the whole new family of refreshed models has been sent to us by Disclosuzen, a source with nearly perfect track record. According to the information we received, three new models are now set to launch on May 10th, not on April 20th as previously reported. The date has therefore been pushed back, but no reason has been stated by the source. Furthermore, the RX 6400 for the DIY market is also set to officially launch on the same day. 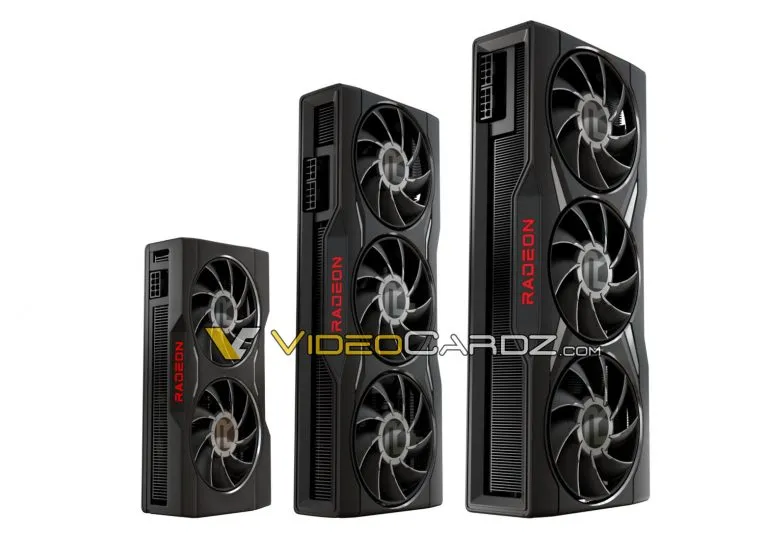 What all those cards have in common are the new memory spec of 18 Gbps, however we are still in a process of confirming the exact changes that were applied to those new SKU. Higher boost clocks and higher board power is still on a table.

It is also worth noticing that RX 6650XT has a new cooler design. It is no longer a single-fan design, but a dual-fan. Therefore, it matches the configuration of almost all custom RX 6600 XT models, but this might have been required to meet new power and performance requirements for this SKU. The same applies to RX 6750XT, now with an additional 3rd fan. It is very likely that both MBA (made by AMD) models will be sold through the company’s official store. This wasn’t the case for the RX 6500XT single-fan reference design.

We expect to hear more about RX 6X50XT series in the coming weeks (after all we are still a month away from launch). Our readers should should still expect further information on specs, pricing, and availability of custom designs. All this should become clear by May 10th.