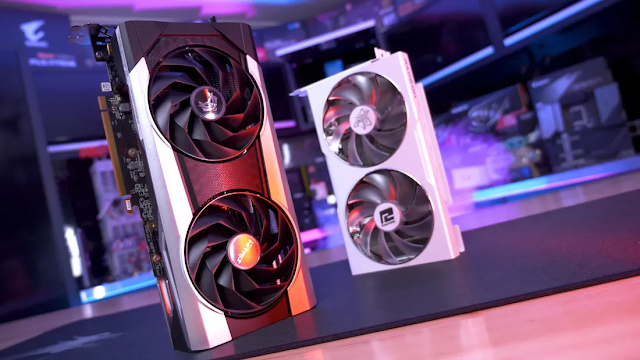 It appears the graphics card market is moving ever closer to normalcy after what seems like an eternity of ridiculous prices and almost zero availability. Illustrating the point are AMD’s recently released trio of refreshed RDNA 2 cards, which have been reported as being in good stock and sold “strictly” according to MSRP.

AMD launched the Radeon RX 6650 XT, RX 6750 XT, and RX 6950 XT this month, all refreshes of the standard (non-xx50 series) versions. They might not be setting the world on fire, but the good news is that these three new cards are available and selling at the correct prices.

Prolific hardware leaker Greymon55 tweeted that they have observed this trend, which the market has been heading towards for some time.

Amazon also has a Radeon RX 6950 XT at MSRP, though the cheapest RX 6750 XT and RX 6650 XT cards are a bit higher than the recommended prices.

It’s been a long and hard road to get here. In May last year, the latest graphics cards from AMD and Nvidia were two and three times more expensive than they should have been. Thankfully, there’s been a steady decline since then—they’re now within 7% of MSRP on average in Europe.

A significant factor in all this is mining. Crypto prices have been falling for a while, so much so that Asus recently said demand for cards used to mine had “disappeared,” leading to fewer cards being grabbed in bulk by miners. The crypto crash will have played a big part, too.

If you’re thinking about grabbing one of AMD’s new Radeons, check out our reviews of the RX 6750 XT and RX 6650 XT first.

Yesterday, AMD posted a chart that it claims shows the Radeon series, including the refreshed trio, offers better performance and power consumption per dollar than Nvidia GPUs.