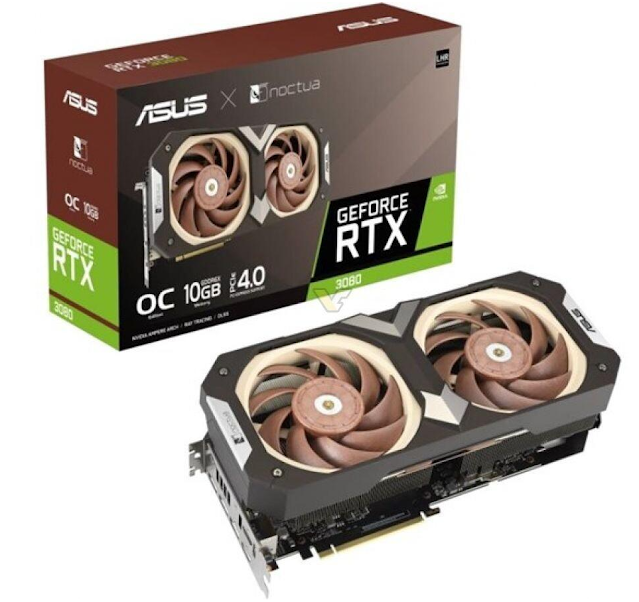 This new card includes the GA102-based 10 GB RTX 3080 rather than the newer 12 GB version released in January. The card’s quad-slot cooling solution is quite similar to the current layout, with two 120 mm Noctua fans and a slightly changed backplate. The card has dual 8-pin power connectors as well as non-standard display outputs, including 3x DisplayPort 1.4 and 2x HDMI 2.1. The ASUS x Noctua GeForce RTX 3080 is slated to be released shortly and will cost 1150 EUR, which is $250 more than the current ASUS x Noctua GeForce RTX 3070. 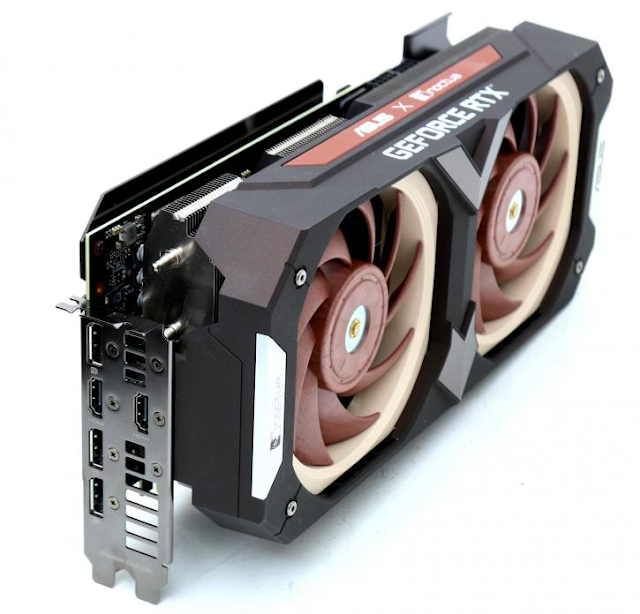 Update: the card has been announced. In its own benchmarks, Noctua compares the RTX 3080 Noctua Edition to an ASUS TUF Gaming GeForce RTX 3080 and concludes that the Noctua variant’s GPU is three degrees cooler with automatic fan settings. Furthermore, the vram temperature is fourteen degrees lower, and the Noctua model is 4.5 decibels (A) quieter. The ASUS GeForce RTX 3080 Noctua Edition has 10GB of memory. The video card will be available for purchase beginning in June, according to Noctua, but the manufacturer has not yet released the suggested retail price.