With just a few days left in the launch of AMD’s Radeon RX 6000 Refresh lineup, we thought we would share the synthetic performance benchmarks of all three cards including the Radeon RX 6950 XT, RX 6750 XT, and RX 6650 XT within various 3DMark tests.

Yesterday, we gave you the first look at the full and final specifications of AMD’s Radeon RX 6000 refresh lineup which will include the Radeon RX 6950 XT, RX 6750 XT, and RX 6650 XT cards. The performance results we are sharing for these cards are based on reference designs that run at the boosted clock speeds we reported yesterday. The test platform includes a Ryzen 7 5800X3D CPU running DDR4-3600 memory on the latest 22.10-220411n drivers within the Windows 10 OS. 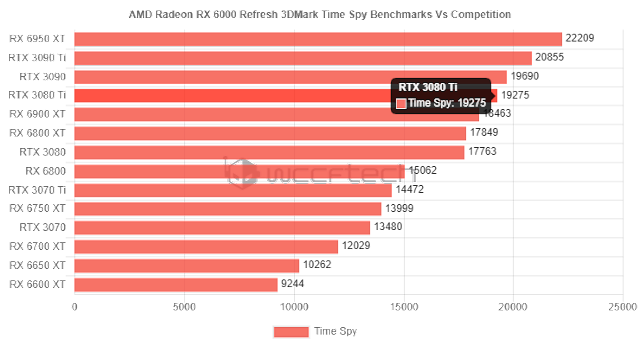