GeForce RTX 3090 SUPER has been photographed

From SUPER to Ti – the last-minute change from NVIDIA.

Over at NGA forums there is a picture of RTX 3090 SUPER Founder Edition. This model is likely an early engineering sample that was later replaced with RTX 3090 Ti SKU. This could be the only proof that NVIDIA ever wanted to launch RTX 30 SUPER series. Instead, the company opted for a few Ti series, such as RTX 3080Ti/3070Ti and later 3090 Ti. The interesting part here is the black cooler, instead of the silver frame that ended up on the final RTX 3090 Ti Founders Edition design. If all RTX 30 SUPER models were to feature such a color, then NVIDIA would basically do their Radeon RX 6×50XT counterparts with the same design goal.

According to the leaked GPU-Z screenshot, supposedly showing the same card, it features the same full GA102 GPU with 10752 CUDA cores and even the same ID as RTX 3090 TI. In fact, the card is recognized as the RTX 3090 Ti model, which makes sense considering it was the last-minute rebranding from NVIDIA. 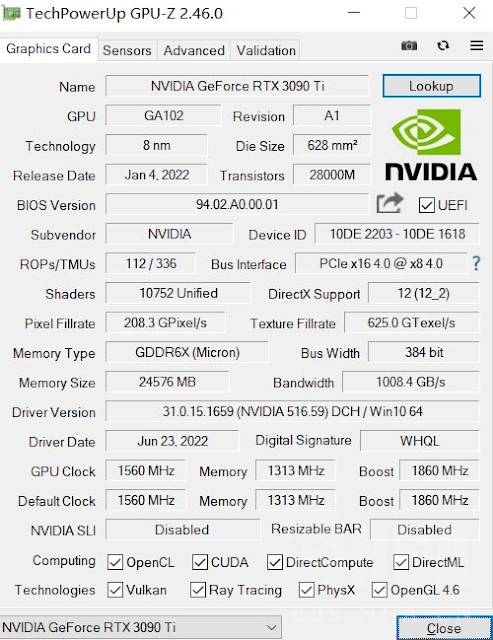 Furthermore, MEGASizeGPU posted pictures of one of the very few known GeForce RTX 3080 cards with 20 GB memory. This model appeared in many leaked roadmaps but has never been released either. It is just another proof of how many changes graphics cards go through before release. The card posted by the leaker is the MSI Ventus 3X OC model: