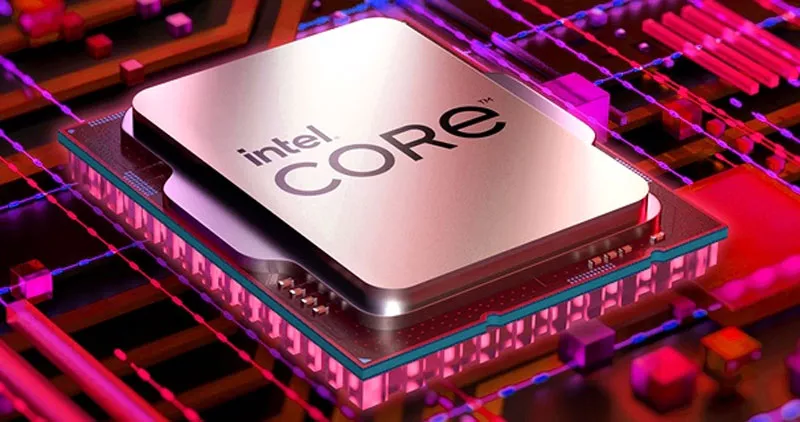 As we get closer to the looming launch of Intel’s 13th Generation Core ‘Raptor Lake’ processors, we learn more about them and sometimes even get a sneak peek at their performance numbers in synthetic benchmarks. This time around someone has posted benchmark results of Intel’s 65W Core i9-13900 processor to the Geekbench 5 database (via @BenchLeaks), allegedly revealing its specifications and performance numbers. For now, take the numbers with a pinch of salt.Intel’s Core i9-13900 is fully-fledged Raptor Lake silicon with eight high-performance Raptor Cove cores with Hyper-Threading (optimized Golden Cove cores) and 16 energy-efficient Gracemont cores without simultaneous multithreading that together can process up to 32 threads concurrently. By contrast, Intel’s Core i9-12900 has eight Golden Cove and eight Gracemont cores and therefore can process up to 24 threads simultaneously.

As it turns out, Intel’s forthcoming Core i9-13900 CPU seemingly has more energy-efficient cores than its processor, the Core i9-12900. This greatly affects its performance in multi-threaded workloads, but also features significantly higher turbo clocks for the performance cores 5576 MHz vs 5081 MHz. This would imply a noticeable edge in single-threaded workloads. 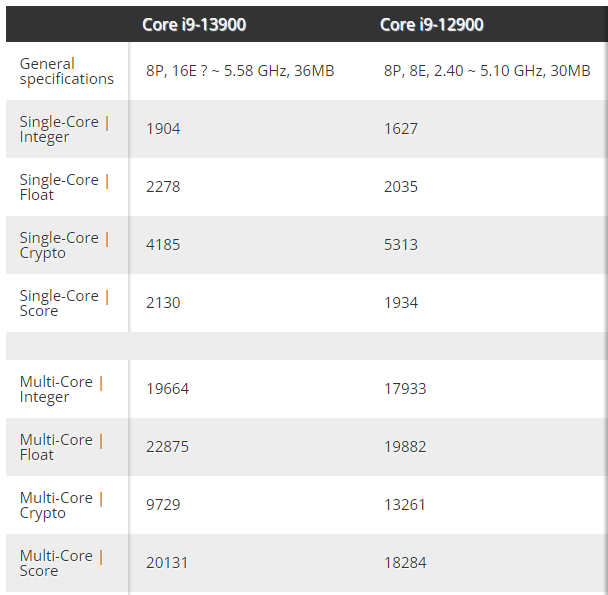 Due to its high turbo clocks and a larger L3 cache, the new 65W Raptor Lake looks set to beat 65W Alder Lake processor single-core integer and single-core floating point workloads in Geekbench 5 by 17% and 12%, respectively. We are yet to discover how this will impact performance in real-world applications, but according to the Geekbench 5 report, performance uplift is noticeable.

When it comes to multi-thread workloads, the new CPU appears to be 9.6% faster in integer and 15% faster in floating point workloads, which is a quite substantial advantage, at least in a synthetic benchmark.