This $150 biodegradable keyboard has an Intel processor inside 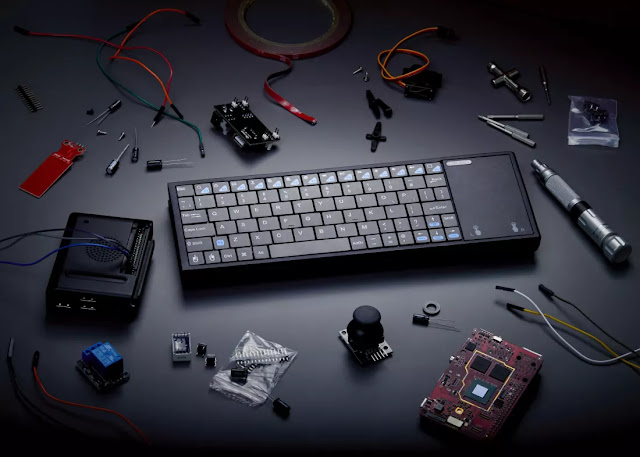 In a nutshell: A London company called Pentaform is planning to start selling a biodegradable keyboard that can run Windows 10 for just $150 later this month. It created the system, branded AbacusBasic, to help connect people that otherwise couldn’t afford a computer to the internet.

According to Pentaform, the Abacus is the most affordable computer in the world. It’s a regular office keyboard with a trackpad tacked onto the side and a quad-core system tucked underneath it. It doesn’t have a screen, but it has an HDMI port.

Part of what makes it special is its environmental friendliness. Pentaform co-founder, Joon Sang Lee, says the Abacus “considers the planet as one of its prime beneficiaries.” Its outer casing is made from a biodegradable polymer and its interior components are designed to be repairable and recyclable.

Pentaform says that the Abacus consumes just 31 kWh per year, about the same as a lightbulb. It makes sense, given that the quad-core from 2016 it uses, the Intel Atom x5-Z8350, has an SDP (scenario design power) of just 2 W.

Despite its low power consumption, the Atom manages a base clock of 1.44 GHz and a boost clock of 1.84 GHz. It sounds slow, but I’ve used that processor before and, as Pentaform claims, it’s fine for simple tasks like web browsing. Pentaform pairs it with 2 GB, 4 GB, and 8 GB memory configurations of dual channel LPDDR3 clocked at 1,866 MHz, which is the fastest it can support. If the memory was DDR4 then 4 GB would probably be enough, but because it’s so slow, opting for 8 GB is probably worthwhile.
However, if it were me, I would immediately install a light Linux distro, and then the hardware wouldn’t matter as much. Words can’t convey the difference that Linux can make to the snappiness of an underpowered PC and the Abacus was never meant for Windows-specific applications, like games, anyway.
Linux would also do fine for the Abacus’ advertised use cases, like “learning to code and tinkering.” Also, “surfing the web, creating and editing documents, watching videos and more.”
If you’re interested in experimenting with the Abacus when it’s released in the near future, you’ll only need to cough up £120 / $150, or less if you nab the early access discount. But as with all new companies, you should wait until other people are receiving their orders before handing over your money.