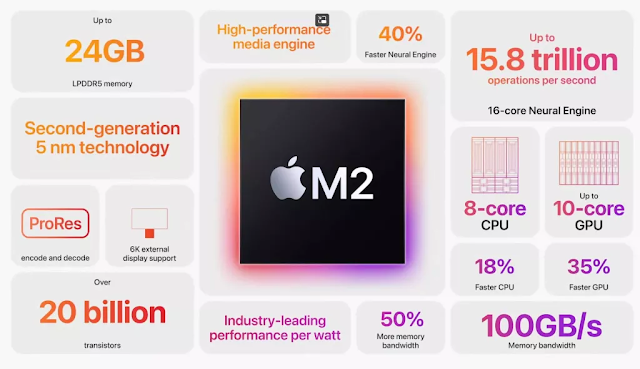 Apple’s first MacBook Air and MacBook Pro systems based on the next-generation M2 processors aren’t due to be released until July, but the first benchmark results are already here. However, newly-posted Apple M2 benchmark results show that the new processor doesn’t tout explosive gains in general-purpose CPU performance, with a 10% gain in single-threaded and a 16% gain in multi-threaded work. However, according to this leaked benchmark, its GPU is significantly faster than its predecessor — up to 67% faster.

Someone with an Apple M2-based system has submitted CPU benchmarks to Primate Labs’s Geekbench 5 database (where BenchLeaks(opens in new tab) discovered them). Geekbench 5 benchmarks don’t reflect real-world performance across a range of applications (cryptography heavily impacts overall GB5 results), but the integer and float benchmark results can help us draw a few preliminary assumptions about what we can expect from the new Apple chips. 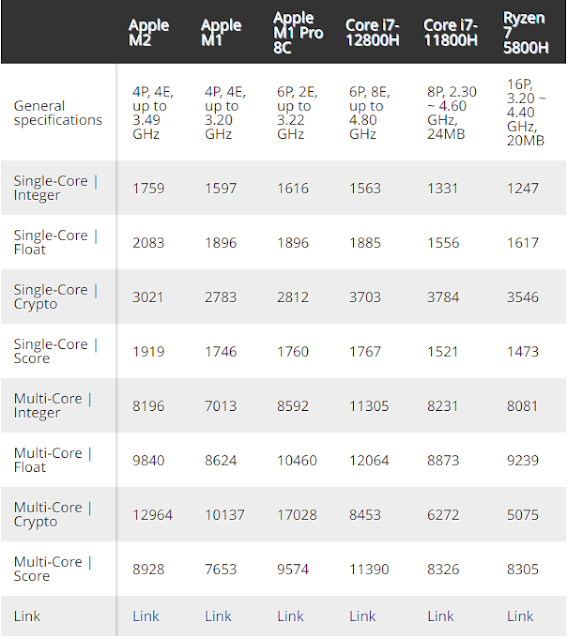 Apple’s M2 has the same CPU and GPU architectures already used by Apple’s A15 SoC for smartphones. Meanwhile, since M2 leverages the performance-optimized N5P fabrication technology, it can run its high-performance Avalanche cores at up to 3.49 GHz, yielding a 10% gain over its predecessor. Apple’s high-performance Avalanche cores and energy-efficient Blizzard cores are faster than previous-generation Firestorm and Icestorm cores used for the M1 generation of SoCs, but mainly because of larger clocks, larger caches, and an improved memory subsystem — not as a direct result of significant IPC gains.

As far as multi-thread performance is concerned, the M2 is tangibly faster than the M1, with up to 16% more performance. Part of that is because the A15 Blizzard e-cores have a much more significant improvement than the Avalance p-cores, but higher clocks, enhanced caching algorithms, and a better memory subsystem all factor in. As a result, the M2 approaches Apple’s M1 Pro SoC in multi-threaded workloads. Meanwhile, since Intel’s 12th Generation Core ‘Alder Lake’ processors have more cores than Apple’s M2, they are significantly faster in GB5’s multi-threaded workloads.

But while the M2’s performance in general-purpose workloads looks like a mixed bag (we will have to test ourselves before drawing any conclusions here), graphics is where the new SoC shines — our comparison above shows an impressive 67% improvement. It is because Apple has increased the number of GPU clusters in its entry-level SoC. It also uses a new GPU architecture for A15 and M2, a combination that brings a rather dramatic performance enhancement to the chip, at least based on results obtained in Geekbench 5. We can only wonder what to expect from real-world applications, but M2’s new memory subsystem will be advantageous here.

Current test results should be considered preliminary and taken with a grain of salt. But generally, it looks like the M2 will not significantly improve single-thread performance. Instead, it will focus on higher performance in multi-threaded CPU workloads and bring an even more considerable boost to GPU-processed tasks.