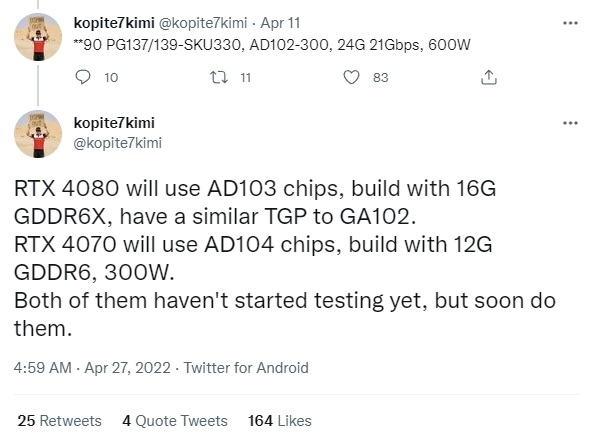 Nvidia’s RTX 4090 is reportedly designed to consume up to 600 watts of power, while the RTX 4080 is said to have a similar TGP (we have estimated a value of 500W). Nvidia’s RTX 4070 is said to consume 300 watts of power, which likely means that Nvidia’s RTX 4070 will run at lower clock speeds and likely be more power efficient than its larger counterparts.
The RTX 40 series is due to launch in Q3 or Q4 of 2022, with some sources claiming that Nvidia is targeting a September/October release timeframe.