B660 Motherboards for Alder Lake Non-K Overclocking Tipped for July 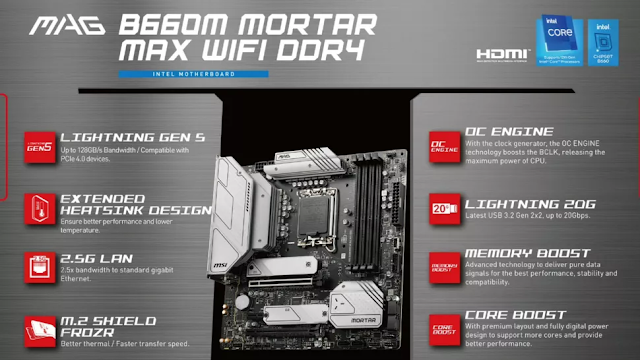 MSI will soon release its highly anticipated MSI MAG B660M Mortar Max motherboard for Intel Alder Lake processors, according to Twitter leaker Chi11eddog. The special sauce this motherboard centers on is a Renesas RC26008 external clock generator, which will allow BCLK overclocking for the first time on a shipping B660 motherboard. Moreover, if this leak is correct, the Renesas chip will bring PCIe 5.0 support to this Micro ATX DDR4 motherboard.
We saw the MSI MAG B660M Mortar Max in May when the same Twitterer shared some purported images of this motherboard and a close-up of the external clock generator sitting proudly on the PCB.
The introduction of this motherboard could be critical to the PC DIY community. If you read the stories about BCLK overclocking on Alder Lake non-K processors from early this year, you will know why. In brief, some of Intel’s ‘locked’ processors like the Core i5-12400, Core i5-12490F, and even the Core i3 -12100 and Celeron G6900 are very impressive overclockers if your motherboard lets you have your wicked ways. However, most of these fantastic overclocking feats rely on not just any Z690 motherboard but premium models like the ASRock Z690 Aqua or the MSI MEG Z690I Unify, which have external clock generators.

So, Chi11eddog has spilled the beans that the MSI MAG B660M Mortar Max motherboard will arrive in July, but he also kindly leaked some authentic-looking images, one of which appears to show the back of the motherboard box with full specs.
In addition to the specs listed above, MSI boasts features such as its extended heatsink design, the M.2 Frozr Shield heatsinks, its memory boost technology, and core boost digital power design.
Last but not least, and in keeping with our headline, MSI’s packaging highlights the use of the OC Engine with clock generator, allowing for BCLK overclocking and “releasing the maximum power of the CPU.” 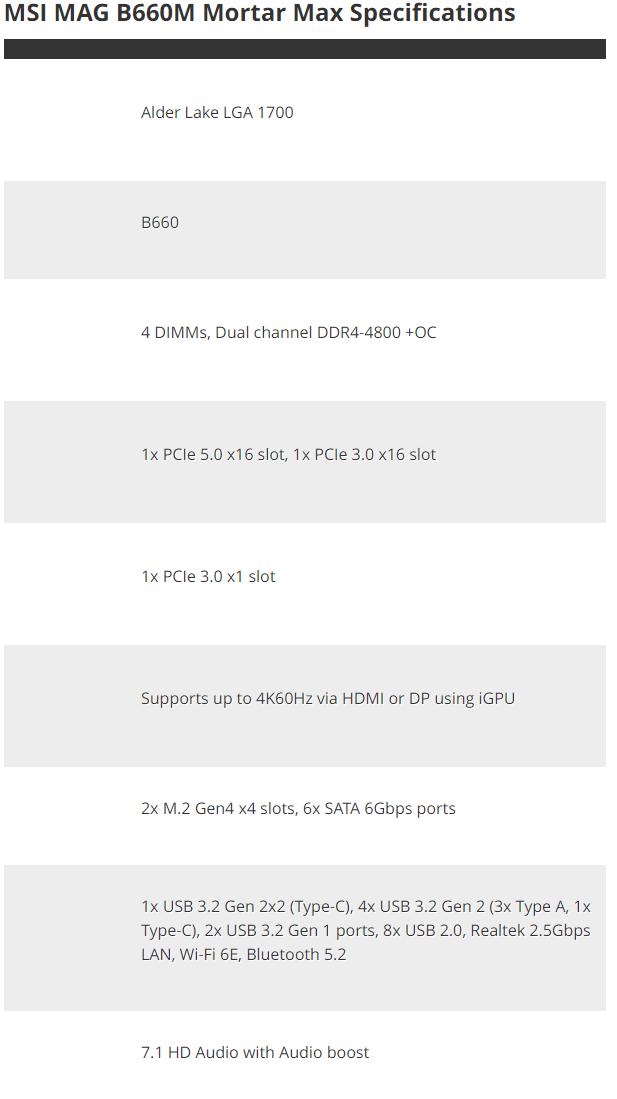 To make the MAG B660M Mortar Max a success, MSI mustn’t charge too much of a premium for this ‘Max’ addition to its product portfolio. The standard MSI MAG B660M Mortar WIFI DDR4 was reviewed in January, winning some acclaim, and currently sells for $159.99 on Newegg(opens in new tab).
If the Max edition price is too high, PC DIYers and enthusiasts might easily resist the Mortar Max’s charms and miss out on a lot of potential Alder Lake non-K overclocking fun. In other words, an inexpensive motherboard is the best match for the affordable CPUs that would gain the most from being unleashed by the Mortar Max. But, of course, those with deep pockets can already buy one of the Intel Alder Lake K processors and their pick of a wide range of Z690 motherboards.