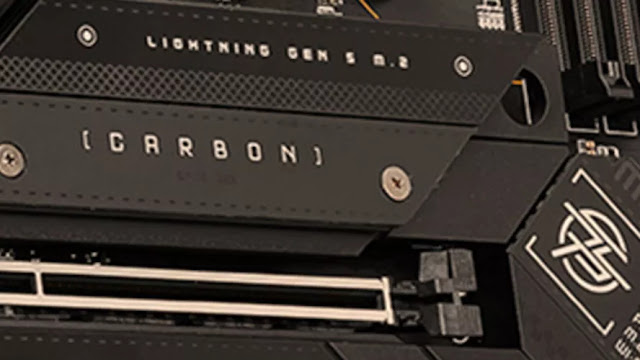 This weekend we have seen the first purported images, details, and example rear I/O panels of MSI AM5 motherboards prepared for next-gen AMD Ryzen 7000 (Raphael) CPUs. Twitter-based leaker chi11eddog made a splash with these details and specific mentions of MSI motherboards like the MSI X670E Carbon Wi-Fi, the MSI Pro X670-P Wi-Fi, and hints of revamped Godlike and Ace motherboards joining the X670 family.

Whichever motherboards you might be interested in for pairing with a Ryzen 7000 processor, you can expect “HDMI 2.1 FRL + DP 1.4 HBR3 @ 4K120, and 2.5G+WIFI 6E” connectivity as standard, according to the source.

Chi11eddog’s social media post is a bit of a nightmare to decode, filled with emojis and unlabelled images. However, the left-side image shows a section of the new MSI X670E Carbon Wi-Fi motherboard’s VRM heatsink/armor, specifically the area between the processor and rear I/O (we can about see one of the Wi-Fi terminals peeking out). 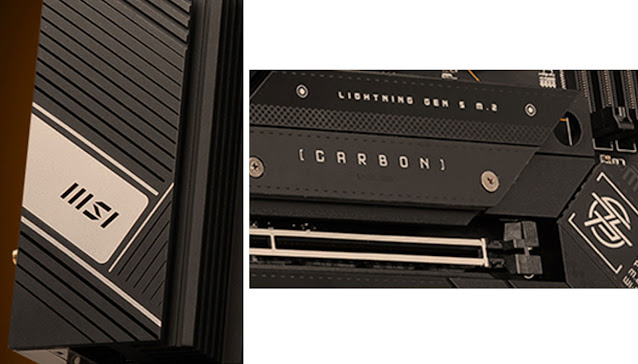 If genuine, the second image is definitely from the new MSI X670E Carbon Wi-Fi, as you can see the product name in square brackets. Interestingly this shot also shows an MSI “Lightning Gen 5 M.2.” SSD slot heatsink/cover – indicating a PCIe 5.0 storage fitting. There is a glimpse of the first PCIe slot and some RAM slots. The two images show the debut of a new design language for the MSI Carbon motherboard series.

On the MSI X670E Carbon Wi-Fi topic, the Twitter leaker says that it has a 90A power delivery section. This is likely going to be an 18+2 phase VRM design.

Chi11eddog says that the slightly lower tier, more professional MSI Pro X670-P Wi-Fi motherboard will be a “huge, huge, huge update,” featuring an 80A power delivery section. It is likely going to be a 14+2 phase VRM design. 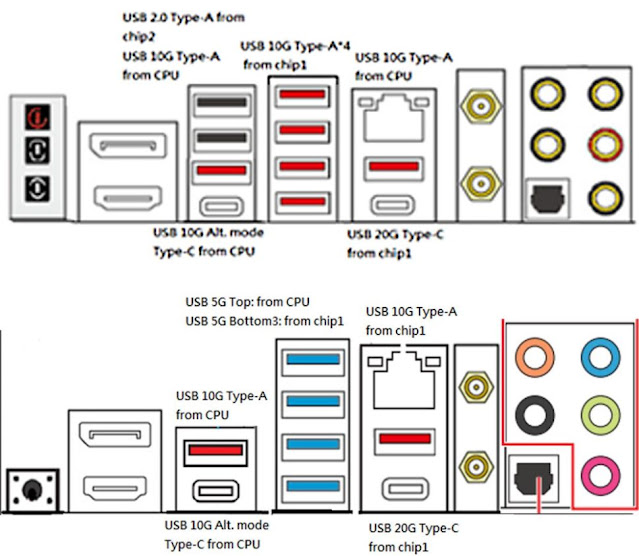 The two samples’ unlabelled rear I/O images give you a taste of what to expect from the upcoming X670 motherboards from MSI. First, they might be images from the MSI X670E Carbon Wi-Fi and MSI Pro X670-P Wi-Fi motherboard datasheets, but we can’t confirm that. They have features mentioned by the Twitter leaker, though, like the choice of HDMI and DP ports and built-in Wi-Fi. You can also see a pair of Ethernet ports on rear I/O images, plenty of USB-A and –C ports, and audio I/O.

These MSI MPG series motherboards won’t be MSI’s most premium designs. However, the MSI MEG Ace and Godlike will likely be up there with the best of the new crop. For example, we previously got a glimpse of the top-end ASRock X670E Taichi, which came with a “26 phases SPS Dr.MOS design.”

Leaks and rumors regarding new AMD chipset motherboards appeared to come from nowhere last week but quickly became a storm with ASRock X670E and Gigabyte X670 motherboard news surfacing, followed briskly by an alleged Asus Prime X670-P Wi-Fi motherboard diagram. Now we have an MSI leak we can call a full-house. It occurs just before the official news flow, which begins tomorrow, as Dr. Lisa Su hosts the digital AMD CEO keynote at Computex 2022.