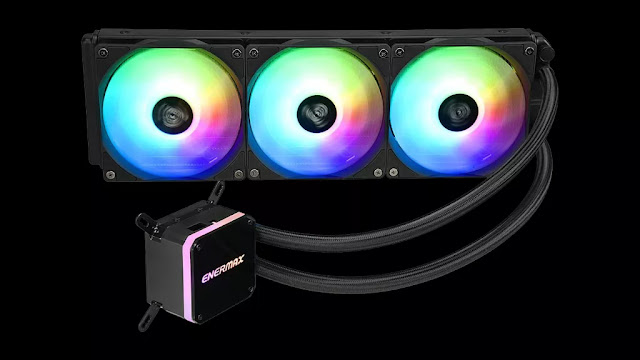 Enermax has issued a recall for three of the new Liqmax III AIO liquid coolers models due to impurities accumulating inside the water pump that reduce coolant flow, thus weakening the AIO’s cooling capabilities. The issue only impacts certain batches. However, the issue does sound familiar — the Liqtech I and II series also developed a reputation for gunky pump-clogging deposits and leaks, leading to RMAs. The Korean distributor Cynex is handling the RMA process for all impacted coolers via the enermaxkorea.com website, and Enermax tells us that the issue is confined to coolers sold in Korea.The impacted models are confined to specific batches, including the Liqmax ARGB 360 black and white variants and the Liqmax III ARGB 240 models. All 360 black models with ‘2012’ in the first four digits of the serial number and white versions with ‘2119’ are possibly affected. In addition, potentially affected Liqmax III ARGB 240 models are marked with ‘2012.’

Cynex says the cooling problems are most likely to occur with these three models, and it will replace the existing units whether or not they are currently showing signs of reduced cooling performance. The problems are due to ‘impurities mixed inside the radiator’ during the manufacturing process, which then clogs the pump and reduces coolant flow. As a result, CPU cooling can be affected.

In the US, Enermax’s Liqmax III AIO coolers are some of the most competitively priced units today. For instance, the 240mm is priced at just $70-$80 on Newegg.com and $85-$90 for the 360mm variant. That means plenty of value-seekers here in the US have likely purchased these products, but as mentioned above, it doesn’t appear that any units in North America are impacted.

The Korean product exchange period spans a year, from April 25th to April 30th, so all affected users should have plenty of time to get a replacement unit.