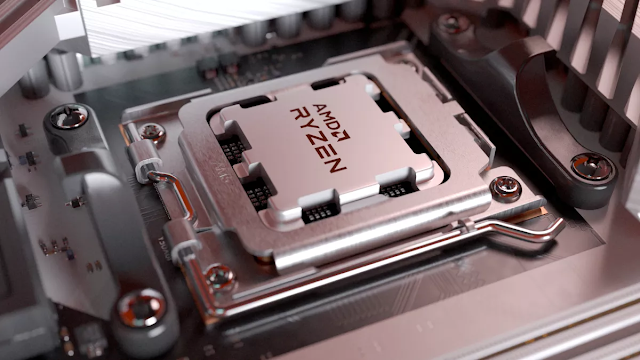 According to a Tweet by Y-Cruncher author Alexander Yee, the soon to be release version 0.7.10 of the Y-Cruncher app will arrive with full AVX-512 support for AMD’s upcoming Ryzen 7000 processors. But apparently the work to add Zen 4 support wasn’t easy, Yee states he had to do all the optimizations by himself, with a 7950X sample he owns, since AMD has yet to share any optimization resources for Zen 4.

If you are unfamiliar with Y-Cruncher, its a PI calculation benchmark for multi-core processors that has been around for quite a while. Similar to Prime95, Y-Cruncher calculates how fast your PC can generate Pi or other constants to many trillions of digits. This ability makes the application great for benchmarking and stress-testing computers.

We are not sure how Yee got his hands on a engineering sample of a Ryzen 9 7950X. But, if it was given to him by AMD ahead of launch, that is good news. If more developers are receiving or requesting engineering samples of Ryzen 7000 chips right now, it means Ryzen 7000 support for many apps and drivers will be ready in time for release.

Ryzen 7000 is AMD’s upcoming successor to the Ryzen 5000 series CPUs, running on AMD’s bleeding edge Zen 4 architecture. IPC improvements are expected to be around 8% to 10% with the rest of Zen 4’s performance improvements coming from much higher clock speeds compared to Zen 3, with an estimated 5.5 GHz average boost frequency for Ryzen 7000 chips.

Of course, one of the most surprising features being introduced with Zen 4 is the introduction of the previously Intel exclusive AVX-512 instruction set, which ironically, was officially removed from Intel’s 12th Gen Alder Lake CPUs. Despite Intel being the original creator of AVX-512 and pushing hard for its adoption in the early days of its life.

Like vanilla AVX and AVX2, AVX-512 is another instruction set that aims to accelerate specific workloads with specialized silicon within the processor. To this day, its still a rarely used instruction set, with some people calling for its death. But for the few apps that do support it, it can make a big difference, a good example of this is PS3 emulation.

With AVX-512 coming to Zen 4, and developers like Alexander Yee focusing on supporting the new instruction set implementation on AMD, AVX-512 gets closer to becoming a mainstream item. Hopefully AMD’s implementation is strong enough to incentivize Intel to reintroduce it back into its mainstream platforms officially.