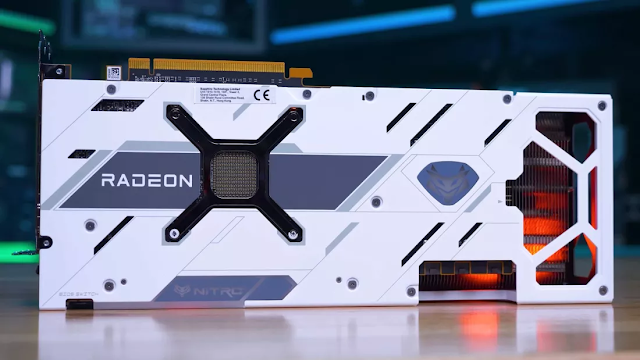 The big picture: Graphics cards based on AMD’s new RDNA3 architecture are rumored to debut later this year. The flagship Radeon RX 7900 XT will reportedly feature a Multi-Chip-Module (MCM) GPU design with 384 MB of Infinity Cache and a staggering 24 GB of GDDR6 memory.

Judging by past releases, AMD is probably going to announce the higher-end models first, which are going to be based on the Navi 31 GPU. Rumors are that it will feature a 384-bit memory bus, and it will ship with up to 24 GB of VRAM. Assuming that the company will use 18 Gbps GDDR6 modules again, this would result in a memory bandwidth of 864 GB/s. 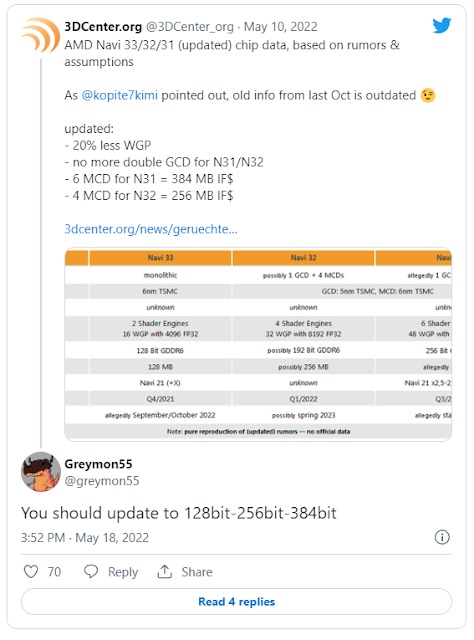 We already knew that the GPU might feature an MCM design, but instead of featuring multiple GCDs (Graphics Compute Dies) as previously thought, AMD will reportedly use six MCDs (Memory Compute Dies) with one big GCD.

What this means is that each MCD will feature 64 MB of L3 cache, combining for a total of 384 MB of what AMD calls Infinity Cache. That is three times more than the monolithic Navi 21 GPU. Splitting the GPU up into multiple dies could also improve yields, resulting in lower production costs. 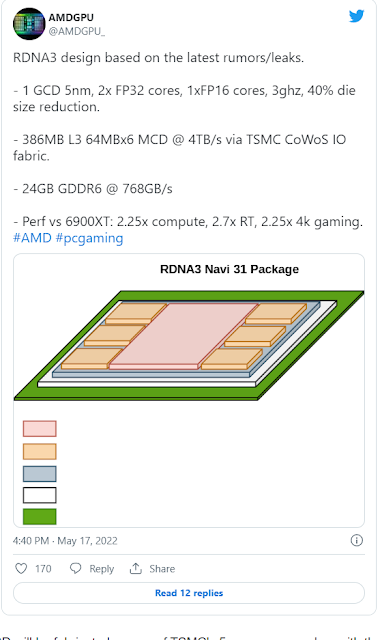 The GCD will be fabricated on one of TSMC’s 5nm process nodes, with the MCDs relegated to a 6nm node. AMD’s Zen 3 CPUs use a similar design, as the I/O dies use a less-advanced GlobalFoundries process.
The Radeon RX 7900 XT is probably going to be the highest-end SKU based on the Navi 31 (at least until a refresh arrives). It’ll reportedly arrive in the third or fourth quarter, with rumors putting its gaming performance at over twice that of the 6900XT.